MWF is governed by a volunteer Board of Directors. The current Directors of the organization are:

Tom is married with two children, two grandchildren, and two English setters. Retired after 38 years with the US Forest Service as a biologist and administrator with assignments in Montana, Wyoming, Oregon, Washington and Alaska, Tom is a member of numerous local and national wildlife and fisheries conservation organizations. He is an avid hunter, angler, and advocate for wild places and wild things.

Harvey is a lifelong hunter, angler and all-around outdoorsman. He grew up in South Dakota and came to Montana in 1973 after an Honorable Discharge from the US Navy to study Fisheries and Wildlife Management at Montana State University. After earning his BS and MS, he made his career in Montana Fish, Wildlife & Parks, retiring as Regional Supervisor in Billings in 2005. Harvey is committed to preserving public lands to provide fish and wildlife habitat and recreational access, and his favorite hunting area is the Missouri Breaks.

Hunting and fishing are traditions passed down from generation to generation, and being an outdoors person has always been a major part of who Jamie is and how she relates to her family. She is eager to volunteer her skills for conservation. She cares deeply about giving a voice to wildlife and their habitats, including our public lands.

John has been a small business owner for the past 23 years in Livingston, Montana. When he is not exploring a new part of the world with his wife and two sons, he spends most of his free time in the back-country hiking, rifle and bow hunting, fly fishing, and camping. Because of this love for his community and the outdoors, John began teaching Hunters Education and Bow Hunter’s Education with Montana Fish, Wildlife and Parks in 2009.

Brad is originally from Lexington, North Carolina with deep roots in the foothills and piedmont regions of that state. He first came West in 2003 on a student exchange program to the University of Montana, where he first became addicted to Montana’s beauty. After finishing his undergraduate degree at the University of North Carolina-Chapel Hill, Brad spent a few years after traveling and working seasonal jobs for the National Park Service. Brad came back to Missoula in 2009 where he worked to become a Montana resident and graduated from the University of Montana School of Law. After stints practicing in Great  Falls and Bozeman, Brad has worked in the public sector as an attorney since 2016. Brad’s passion for conserving our public lands and wildlife has only gotten stronger with each year that he hunts, backpacks, and floats in Montana’s wild places.

Bill is a retired fish and wildlife biologist and former Director of the Utah Division of Wildlife Resources. He was the Coordinator for the North American Waterfowl Management Plan for the National Fish and Wildlife Foundation; Vice President for Field Operations and Conservation Programs for the Rocky Mountain Elk Foundation; and Director of Western Lands for the Theodore Roosevelt Conservation Partnership. He serves also on the boards of directors for MWF affiliate Hellgate Hunters & Anglers.

Skip’s love for wildlife and wild places led him to obtain degrees in wildlife biology and a four-decade career as a biologist with the U.S. Forest Service. In retirement, he tries to help ensure that there is adequate habitat for Montana’s wildlife by working on sportsmen, land use, and fish and wildlife-related issues. He still hunts and fishes, but increasingly finds himself behind a camera watching, admiring and photographing the critters.

Kathy is a life-long hunter, angler, and conservationist. She and her family spend their summers on the water and their fall in the forest and on the prairie, chasing elk, mule deer, antelope, pheasants, and sage-grouse. Like many Montanans, she hunts and fishes for both the outdoor recreational experience and to put food on the table. Kathy and her husband live on a ranch outside of Anaconda, MT. Kathy recently retired as Executive Director of the National Center for Appropriate Technology (NCAT), after 33 years with the organization. 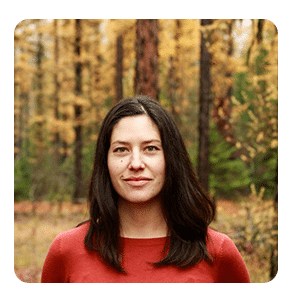 Sara Meloy is a third-generation Montanan from Helena. She has spent many formative years in the backcountry of Montana, California, Utah and Wyoming harvesting grizzly bear hair, catching (and releasing) woodpeckers, mapping pygmy rabbit habitat, leading citizen scientists in Wilderness monitoring and helping preserve the legendary cottonwood galleries of the Upper Missouri River Breaks National Monument. Sara holds a Bachelor’s degree in wildlife biology from the University of Montana and a Master’s degree in natural resource management from the University of Idaho. Currently, as a water resources planner for the Montana Department of Natural Resources and Conservation, Sara engages with water users across the state on a variety of issues that align with MWF priorities such as drought and climate adaptation, wildlife habitat restoration, and partnering with landowners to achieve mutual conservation goals.

Liz recently retired from a 33-year career with the U.S. Forest Service, where she served in multiple front-line and leadership positions in Montana and Idaho. She served for twelve years as a District Ranger and the last ten years as the Services Staff Officer for the Custer Gallatin Forest with responsibilities for the Recreation, Wilderness, Trails, Engineering, Lands, Minerals, and Heritage programs.

John has been fishing in both fresh and salt waters for over half a century. During 34 years with the U.S. Forest Service John’s employment allowed him to enjoy hunting and fishing over much of the Western US. He holds a B.S. Degree in Forestry from the University of Montana. John has served for over a decade as the President of the Public Land and Water Access Association Inc.

Hunting has been a part of Gary’s professional (as an MT Fish, Wildlife and Parks biologist) and personal life. The ethic of land stewardship introduced by Aldo Leopold has been at his core since hiking as a young man with family in the mountains around Butte. Gary believes that as Montanans, we hold the land and what it produces as something to be secured for future generations.

Chris has spent over 30 years working on wildlife issues in Montana. In 2014, Chris was recognized for his long and passionate service to Montana’s outdoors through his induction into the Montana Outdoor Hall of Fame.

Jim worked 39 years for Montana Fish, Wildlife and Parks before retiring as the regional fisheries manager in Kalispell where he lives with his wife Sandi. In the last 20 years, he focused on aquatic education and access, still active with Becoming an Outdoors-Woman (BOW), Hooked on Fishing, Casting For Recovery and Bowhunter Education as well as crusading against illegal fish introductions. Currently, he is the president of Flathead Wildlife, Inc. when not fishing, hunting, hiking or paddling somewhere.

JW and his wife Lori have two adult children. Their family enjoys Montana’s treasured outdoor traditions. JW’s activism regarding the public trust and the Montana Model of Fish and Wildlife Management goes back several decades.

Glenn lives in Lewistown and continues to work part-time as the Conservation Fund’s Alaska State Director. Before joining the Conservation Fund in 2001, Glenn worked for the U.S. Fish and Wildlife Refuge and as a statewide manager for the service’s wildlife and land management programs. Glenn was the lead USFWS negotiator with the Exxon Valdez Oil Spill Trustee Council’s habitat protection program. Glenn is an active member of the Public Land and Water Access, Inc. He has a B.S. in wildlife biology from Colorado State University and an M.S. from Washington State University.

Chris retired in 2016 after 35 years with the US Fish and Wildlife Service, where he served as the agency’s first and only Grizzly Bear Recovery Coordinator. In that role, he oversaw the management of grizzlies across the lower 48 states, including in the Greater Yellowstone, Northern Continental Divide, Cabinet-Yaak, Selkirk, and the Bitterroot areas. Chris has also worked on bear management issues around the world, including chairing the IUCN/SSC Bear Specialist Group for 12 years. Chris has a Ph. D. from the University of Montana, where he continues to work as an adjunct professor of wildlife conservation.

James grew up in Missouri hunting waterfowl and bass fishing before moving to Montana at age 12, where he adopted trout and big game hunting and has called home ever since. In 2006, James commissioned into the U.S. Air Force and served as a Civil Engineering Officer for 8 years before being medically retired at the grade of Captain. After the military, James moved back to Great Falls where he currently works as a Project Manager & Mechanical Engineer for GPD, PC Consulting Engineers. He holds a BS in Mechanical Engineering from Montana State University as well as an MS in Architectural Engineering from Pennsylvania State University. James has a daughter (Aspen) and son (Easton) that he strives to raise with an appreciation for wild places and connections to the natural world.  He enjoys spending his free time hiking, fly-fishing and practicing traditional archery in preparation for another September.