Schoonen, A Champion for the “Everyman” Hunter, Angler

Tony’s lifetime of advocacy led to an impressive list of wins for wildlife conservation, public access, and public hunting and fishing opportunities. The Tony Schoonen I knew was never afraid to get out there and speak his mind for what was right. He loved the outdoors, and he understood that it took people to stand up and fight for these public resources. He was often the tip of the spear in those efforts and led the way, building a large constituency of citizen activists that would become a powerful movement on key issues.

That led to the strongest, pro-public stream access law in the country, and access to our state Department of Natural Resources and Conservation lands. And it also led to the Public Land and Water Access Association, the group willing to do the tough work when people were purposely blocking off the ability to get to public land.

But Tony wasn’t just concerned with access. He also had a strong conservation ethic. He knew that while getting to public land was important, it was also vital that we protect key areas so that big game and other wildlife could thrive there. He fought to ensure that the Forest Service didn’t build too many roads or clearcut lands in important big game habitat. And he worked to support the Habitat Montana program to protect important big game winter range, as well as open it to public access.

His contributions to access and wildlife conservation will be felt by generations still to come. The Tony I knew would be happy just knowing that a youngster gets out and enjoys those public resources.

Kathy Hadley is a board member and past president of the Montana Wildlife Federation. 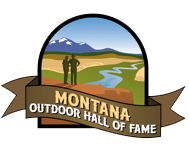